Class disparity and consumerism together with service economy expanded indetriment of other economic sectors. This statement summarizes the prevailing political economy in the past two decades in the Occupied Palestinian Territory, virtually in cities and rural areas. Any observer of the urban alterations with gigantesque buildings and increased small, medium and large sized service establishments, not to mention the change in the landscape of cities and its expansion into the country side, can apprehend part of the “new” Palestinian life narrative. It is set up with neoliberal acts that range between legally framed official policies and large private sector companies to market margins and the new patterns imposed by these alterations. There is
intense distortion of productive and empowering sectors, or in other terms the sectors that could enhance the steadfastness and resilience of ordinary people.
Needless to say that this is conceptualized at both physical and moral levels while Palestine still lives in a colonial context. Any observer interested in the mechanisms of political economy will realize that such changes cannot constitute an alternative to the economies and hegemony of the colonization and consequently cannot oppose or resist its domination.
Ramallah is in the front of this new landscape as it hosts amid its neighborhoods the camps of Alamaari, Qalandia and Qadoura not to mention the nearby Jalazoun Camp. These camps with still living memory of the Nakba (1948 occupation) continue to suffer daily. Between Ramallah and Qalandia Camp lies Kufur Aqab,
a flagrant example of restricting populated and urbanized space to features that contradict with its rural specificity. All such acts take place under a structural system imposed by the colonization on the inhabitants of Jerusalem. The occupation procedures force them to change their residential area to allow family reunification to take place or to preserve the Jerusalem ID. There in Kufur Aqab, thousands of Palestinians share an urban chaos that lack minimum legal, engineering or even decent environmental and humanitarian standards. Amid this
chaos, we cannot ignore the byproducts of the daily colonial occupation practices on the streets of our cities and villages, cold-blood executions of our young me and women, the isolation and closure imposed upon humans and their space.
It is a different scene from the reality on the ground and the misleading urban landscape. The main purpose behind these two studies is to produce a visual and ethodological documentation to understand the social partition and fragmentation that is taking place in urban centers and examine their expansion to understand their patterns and see who wins and who loses in the Palestinian economic political perspective of Ramallah and Kufur Aqab. 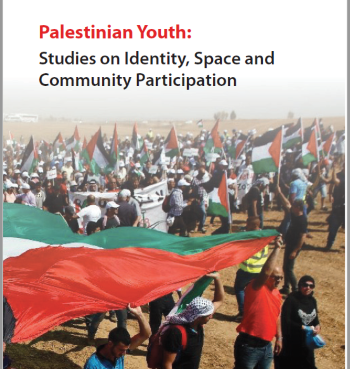 The study is an important reference paper on the impact of deterritoralization on identity under socioeconomic and political cross-generational contexts. It examines the national, regional, tribal an
Read More

risk repDownload Development Studies Programme and UNICEF This study on “risk factors to physical and mental health and well-being, and the priorities of Palestinian youth” was conducted jo
Read More