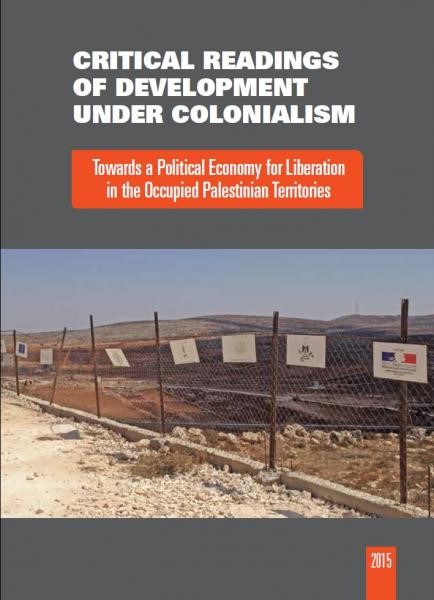 This book comprises a number of papers that are part of a four-year research program on “Alternatives to Neo-liberal Development in the Occupied Palestinian Territory” that was carried out by Birzeit University’s Center for Development Studies (CDS) with the support from the Rosa Luxemburg Stiftung Regional Office Palestine (RLS). The idea of this research project originated in 2010, when the CDS hosted an international conference on aid interventions in the Occupied Palestinian Territories (OPT). One crucial theme that the conference could not tackle, was
how to envisage ways forward, define new strategies for dealing with aid interventions in Palestine and map alternatives to donor driven aid paradigms and neoliberal approaches to development. The difficulty of articulating alternatives without first defining particular visions and new concrete ways of understandings “development, became apparent. As a result, this research project was articulated to think about what is required to begin the process of imagining a ‘beyond’ and envisaging new types of interventions, collaborations, relationships between local and international actors, and new visions of developments, that move away from the debilitating effects of the aid regime in Palestine, and the disenfranchisement caused by neoliberal economic policies. Given this perspective, the objective of the research project and these studies is to initiate a critical public dialogue about the rationale behind policy formulation. The research project and papers attempt to achieve this aim by creating debate and generating consensus around pressing areas with an eye towards advancing possibilities for change. In addition, the papers in this volume explore the ways that developmental alternatives may be achieved in practice, through the participation of different actors from the international to the national and local levels.This book, hence, adds to our knowledge in development through examining the devastating impact of neo-liberal development policies under colonialism by
exploring how these policies operate to emphasize individualism and separate the economic from the political under colonial conditions. It provides an alternative way to think about development and tackle policy interventions. It also examines how Palestinians have previously contested colonialism and what lessons can be learned from these past experiences on the path to rebuild an economic and developmental framework that reconnects the struggle for autonomous development to national liberation.

A study of the urgent needs of Palestinians