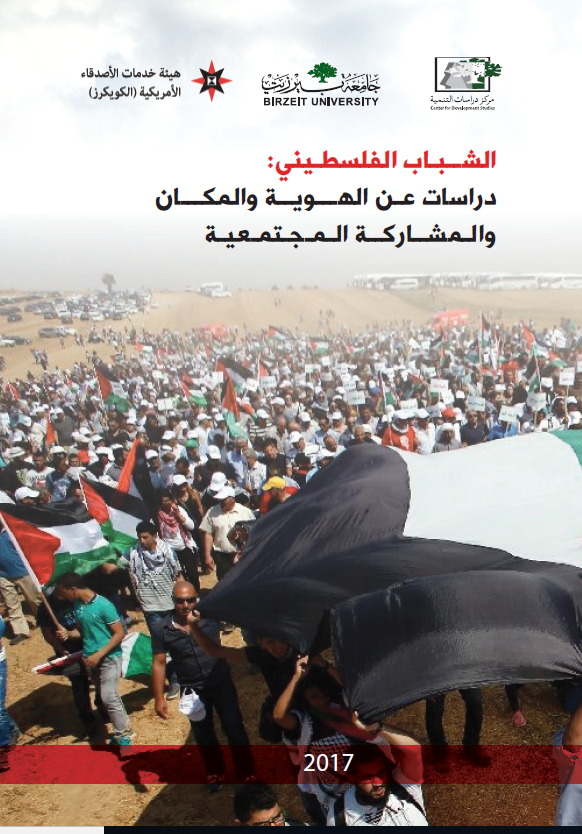 The CDS believes that Palestinian youth are the pillar of the national liberation project. Accordingly, the center places working with them among its priorities. CDS considers that working with youths and activating their political, economic and social role is at the forefront of its’ obligations towards the grassroots groups it works with and for. The Palestinian society is a young society, the percentage of those under the age of 29 is 69% of the total Palestinian population. They live under the direct and indirect policies that aim at marginalization and breaking their ties to their national, social and political surroundings. These aspects makes working with them a national and ethical duty in the first degree.

The center and the challenge of youth fragmentation

The Center considers that the dangers facing youth are plenty and include fragmentation, tendencies to migration, and policies aimed at inducing ignorance which are practiced on Palestinian youth. These policies aim to create Palestinian generations that are disjointed and estranged from their reality. This can only be confronted with a national program capable of understanding the general context and presenting them with a collective development alternative based on a scientific understanding of their needs. Therefore, the Center for Development Studies pays great attention to activating the role of youth and supporting them in achieving an understanding of this context. The center worked within the “Palestinian Youth Together for Change” program and in partnership with the American Friends Service Comittee “Quakers” on a long-term comprehensive project aimed at resisting fragmentation and deepening the national identity of youth on the level of historic Palestine (Gaza Strip, West Bank, the occupied territories in 1948) . The project brings together youth groups from these regions to introduce them to each other, develop their communication skills, and support them in reaching a common understanding , in an effort to restore their sense of national identity and enable them to resist colonial fragmentation and socio-political fragmentation. This is achieved through the facilitation of joint theoretical and practical activities capable of achieving permanent communication between them, and giving them the capacity to overcome the barriers of colonial reality imposed since the Nakba.

The center also sees the importance of youth of both sexes owning their economy and their ability to plan for it independently and creatively, to develop their reality and revitalize them socially and politically. Therefore, the Center sought to create partnerships with the relevant institutions to open new spaces for youths through field interventions and by expanding the network of youth groups with these institutions, such as (the restoration of a water spring in Abu Al-Shaban in East Yatta / Hebron). Emphasizing its vision of youth integration within the development process, the Center has also worked to establish youth economic cooperatives that would build a steadfast economic model led by Palestinian youth. This allows restoring the connection with the land on the one hand, by rehabilitating it as an economic developmental value, and on the other hand, re-vitalizing the popular development project in Palestine. Such a project is led and owned by the popular classes. This helps create an alternative development model capable to confront the culture of consumption and individuality by reinforcing the values ​​of youth teamwork in cooperatives. The center began providing grants for young people of both sexes to establish productive agricultural cooperatives. In a short period, CDS succeeded in establishing three cooperatives in marginalized areas where lands are threatened with confiscation. (A Cooperative for growing grapes in the village of Rantis / a cooperative for raising poultry in the town of Birzeit / and a cooperative for growing thyme in the village of Deir Sudan).

The center also works to enhance the role of youth by integrating them in its volunteer activities and activating the relationship between active youth groups in the various areas of Palestine, in order to share their experiences in societal, political and economic work.

The Center for Development Studies’ understanding of the conditions of youth and their importance in the Palestinian society has formed a basis from which to develop plans and programs that build an alternative model to better youth realties, based on a scientific understandings stemming from studying this reality through a number of studies and periodic surveys that deal with youth issues and understand their interests and needs. This comes through focusing on issues of identity, resistance to fragmentation, community participation, and economic development, based on re-consideration of the culture of teamwork, and the strengthening of identity and confidence in youth capabilities. This places these young people at the center of CDS’ activities as active partners, and not only as targets.

Based on our understanding of the importance of opening spaces for Palestinian youth to express themselves and publish their opinions, the Center for Development Studies created this space for them to publish their blogs, academic and literary creations, and their field experiences. We hope that this window will provide an opportunity for Palestinian youth to express their concerns and needs.